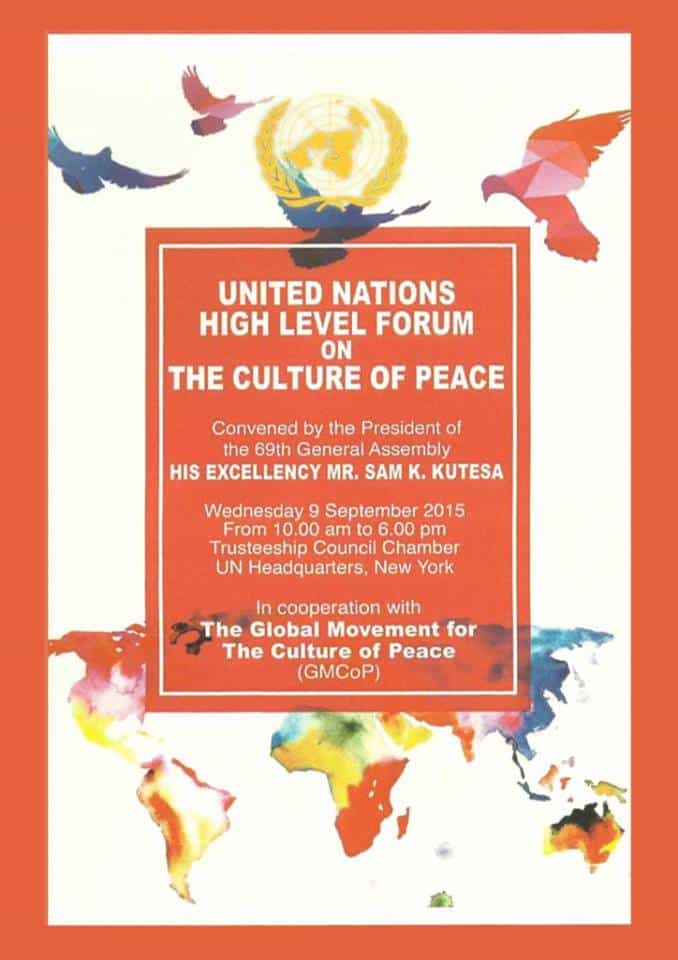 United Nations High Level Forum on The Culture of Peace

Master Lu Jun Hong  was invited to attend the UN High Level Forum on The Culture of Peace at the United Nations headquarters in New York on 9th Sep 2015. This was convened by President of the United Nations General Assembly. Master Lu was one of the panelists during the panel discussion 2 titled ‘Role of the media in the promotion of the culture of peace’.

On 13 September 1999, the United Nations General Assembly adopted, by consensus and without reservation, its landmark, pioneering and norm-setting resolution 53/243 on the Declaration and Programme of Action on a Culture of Peace. Among other things, it provided the driving force for the implementation of the UN-declared International Decade for Culture of Peace and Non-Violence for the Children of the World (2001-2010). Asserting and re-affirming the commitment of the totality of the Member States for building the culture of peace, the UNGA has adopted every year since 1997 resolutions on the subject.

The General Assembly, through its annual substantive resolutions, has highlighted the priority it attaches to the full and effective implementation of these visionary decisions which are universally applicable and is sought after by the vast majority of all peoples in every nation.

Recognizing the need for continual support to the further strengthening of the global movement to promote the Culture of Peace, as envisaged by the United Nations, particularly in the current global context, the day-long, General Assembly High Level Forum is intended to coincide with the anniversary date of the adoption of 53/243. Substantively, the Forum is to be an open public opportunity for the UN Member States, UN system entities, civil society including NGOs, media, private sector, and all others interested, to have an exchange of ideas and suggestions on the ways to build and promote the Culture of Peace and to highlight emerging trends that impact on the implementation process.

The Forum is convened by the UNGA President and he/she takes the lead in the preparations of the event which focuses on the implementation of the Programme of Action. It is organized through broad partnership and inclusive collaboration among Member States, international organizations and civil society.

Following the wide-ranging success of the UN General Assembly’s High Level Forum on The Culture of Peace held on 14 September 2012, the Assembly, under the guidance of its President John Ashe and co-sponsored by 105 Member States led by Bangladesh, adopted by consensus the resolution 68/125 on “Follow-up to the Declaration and Programme of Action on a Culture of Peace”.

In its operative para13, it said “Requests the President of the General Assembly to consider convening a high-level forum, as appropriate and within existing resources, devoted to the implementation of the Programme of Action on the occasion of the anniversary of its adoption, on or around 13 September.”

In the preambular part, the resolution also expressed its positive view of the Forum by “welcoming the successful holding on 6 September 2013 of the General Assembly High-level Forum on the Culture of Peace, convened by the President of the Assembly, and the high-level participation, wide-ranging partnership and inclusive collaboration among Member States, international organizations and civil society, as evidenced at the Forum.” UNGA Resolution A/69/139 reiterated this on 15 December 2014.

Earlier in 2012 a resolution (A/Res/67/106) which, inter alia, also requested the President to consider convening the High Level Forum, was adopted by the Assembly at its 67th session with the cosponsoring of 84 Member States also under Bangladesh’s leadership. 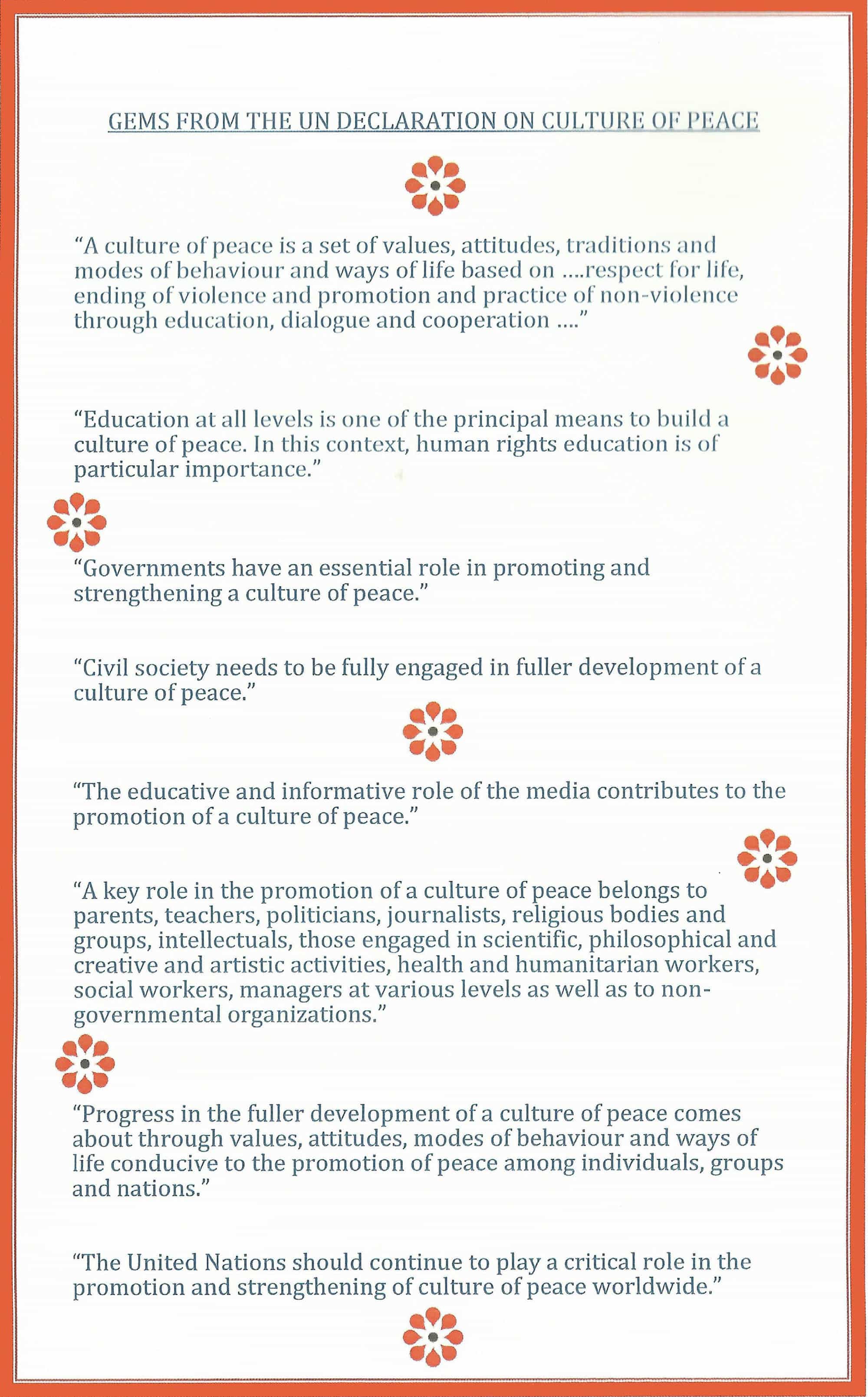