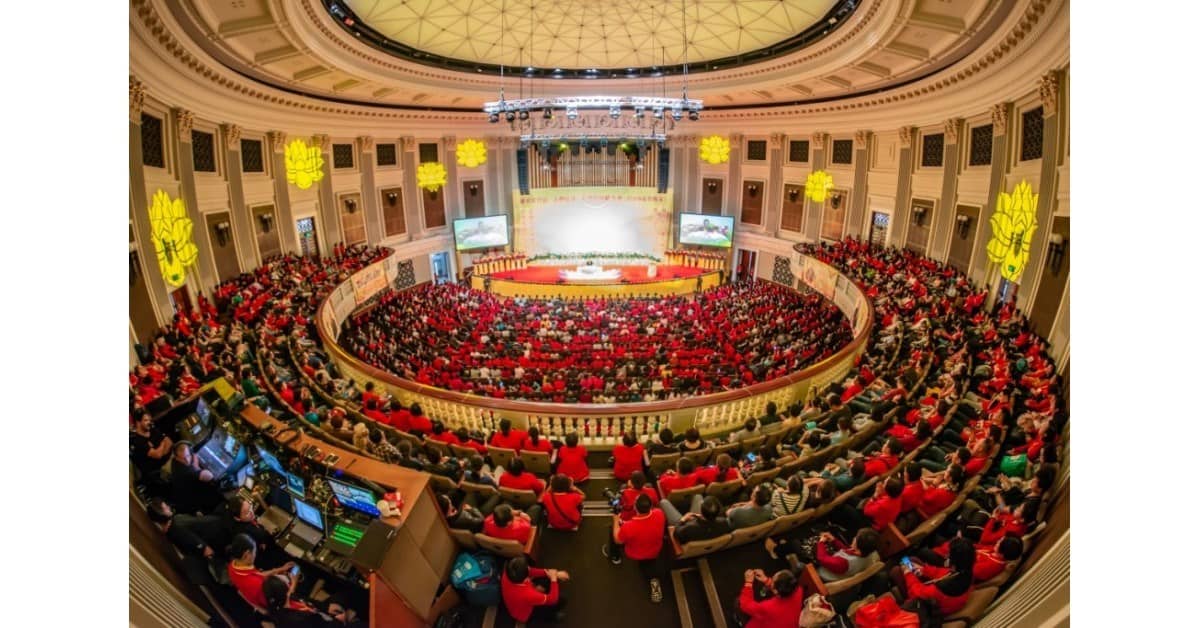 By AdminMAugust 5, 2019Blog
No Comments

Guan Yin Citta Dharma Door Brisbane announced today that Master Jun Hong Lu’s Dharma Talk in Brisbane attracted 5,000 people to attend on June 9, 2019. The three-day program was large in scale. Members of the Queensland Parliament and the representatives of the Minister for Multicultural Affairs and Minister for Police, as well as the representative of the Lord Mayor of Brisbane City Council gave opening remarks at the event. They commended Master Jun Hong Lu for his outstanding contributions to world peace, human well-being and the vibrant multicultural society in Australia through the promotion of Buddhist education.

As a world-renowned leader of the Buddhist community and ambassador for world peace, Master Lu has been invited to attend world peace conferences held at United Nations Headquarters, the US Congress, the Museum of Tolerance in Los Angeles, the British Parliament, the Italian Parliament, and in Paris, France. His message conveys the core values of Buddhist philosophy–loving kindness and compassion. Since 2015, Master Lu has been invited as a keynote speaker to attend the United Nations and UNESCO’s  “Commemoration of United Nations Day of Vesak” four times. His Buddhist philosophy of peace education is well recognized within the international community.

In the past ten years, Mr. Lu has held nearly 200 large-scale talks to promote Buddhist teachings and traditional Chinese culture in nearly 100 countries and regions around the world. His footprints have spanned Asia, the Americas, Oceania and Europe. Today, 10 million followers around the world study Buddhism under Master Lu.

During the course of Dharma talks held in North America, the mayors and city council members from New York, Los Angeles, Houston, Toronto, Vancouver, among many others, have personally spoken at these events. Master Lu has been recognized on several occasions by entities such as the US Congress, the New York City Mayor’s Office, the New York Police Department, six city councils of California, the Texas state government, the West Orange City Council in New Jersey, and awarded several honors, including certificate of appreciation from New York City Council and “Honorary Citizen of West Orange, New Jersey.” In recent years, Master Lu has given talks at world-renowned institutions such as Harvard University, the National University of Singapore, and the University of Sydney, Australia.

In February 2019, as Chairman of the Mental Health International, Master Lu attended the Australian Chinese Mental Health Professionals High-Level Forum and gave opening remarks. His talk touched on how people affected by mental disorders can benefit from both psychological treatment and Buddhist philosophy. The event was strongly endorsed by Australian Ministers and parliamentarians, and was attended by over 100 world-renowned mental health experts and professionals.

Master Lu is committed to educating people to become exemplary models of character based on the principles of loyalty, trustworthiness, respectfulness, courtesy, honesty and friendliness. He stresses to all people that, regardless of their social status, having noble character is not only the starting point for success in life but also the foundation for a sustainable society. More importantly, only those who possess both talent and integrity can truly bring benefits to humanity.