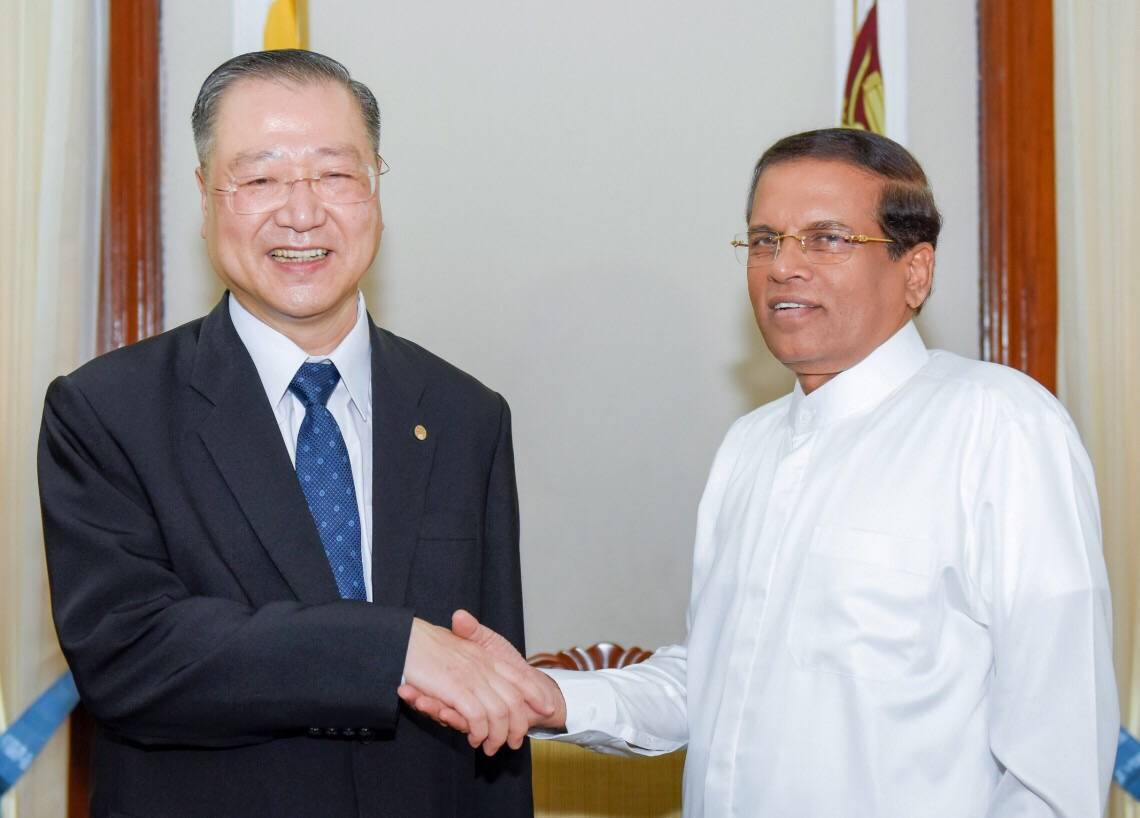 A delegation of 2OR Buddhist Charity Organization called on President Maithripala Sirisena to discuss about its future philanthropic activities in Sri Lanka at the Presidential Secretariat today (March 17).

The leader of the delegation Master Jun Hong Lu, President of Australia Oriental Radio and Television said that his charity organization is linked to more than 50 Buddhist charity institutions all over the world and would like to contribute to promote Buddhism and carry forward the message of the Buddha to the younger generation.

He said that his organization has already donated towards construction of the Museum in Polonnaruwa and he sought President’s advice on areas of future donations. The President said that the government would set up an International Buddhist University during the celebrations of International Vesak day in May this year and Mr. Jun Hong Lu said his organization would donate towards the University.

The President said the endeavour of his government is to improve the moral values of the younger generation through the teachings of the Buddha. He thanked the 2OR Charity Organization for the generous donations given for the Polonnaruwa Museaum and said that he was a proud resident of Polonnaruwa, the ancient kingdom in which the vast majority of people are occupied in agriculture and live a simple life in accordance with the teachings of the Buddha.

The delegation is scheduled to visit Polonnaruwa and Daladamaligawa in Kandy during their brief visit to Sri Lanka.